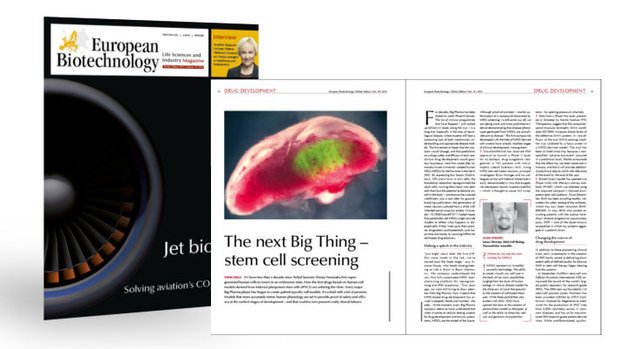 For decades, Big Pharma has been shaken by costly Phase III failures. The list of clinical programmes that have flopped – and racked up billions in losses along the way – is a long one. Especially in the area of neurological disease, where experts still face a screaming lack of both mechanistic understanding and appropriate disease models.

The first tentative hopes that the situation would change, and that predictions on a drug’s safety and efficacy in early preclinical drug development would grow less hazardous, were first raised after Yamanaka (Kyoto University) created human iPSCs (hiPSCs) for the first time in the lab in 2007. By expressing four factors (Oct3/4, Sox2, Klf4 and c-Myc) in skin cells, the biomedical researcher reprogrammed the adult cells, turning them back into stem cells that have the potential to become any cell in the body – and that can be cultured indefinitely. Just a year after his groundbreaking publication, the generation of motor neurons cultured from a child with inherited spinal muscular atrophy (Nature, doi: 10.1038/nature07677) fueled hopes that patient-derived hiPSCs might provide models to reflect what happens in diseased cells. If they lived up to their promise, drugmakers could potentially save major time and money by sourcing hiPSCs for cell-based drug discovery.

Making a splash in the industry

“Just eight years after the first hiPSCs were made in the lab, we’ve moved past the hope stage,” says Simone Haupt, who heads bioengineering at Life & Brain in Bonn (Germany). Her company codeveloped the very first fully-automated hiPSC manufacturing platform for reprogramming and iPSC expansion. “Two years ago, we were still trying to draw attention from Big Pharma. Now it seems that
hiPSC-based drug development has arrived in peoples’ heads and markets,” she adds. ”At the moment, every Big Pharma company seems to have understood that when it comes to cellular testing systems for drug development and toxicity assessment, hiPSCs are the model of the future. Although proof-of-concept – market authorisation of a compound discovered by hiPSC screening – is still some way off, we are seeing more and more published evidence demonstrating that disease phenotypes generated from hiPSCs are actually relevant to disease.” The first compounds developed with the help of hiPSC-derived cell screens have already reached stages of clinical development.