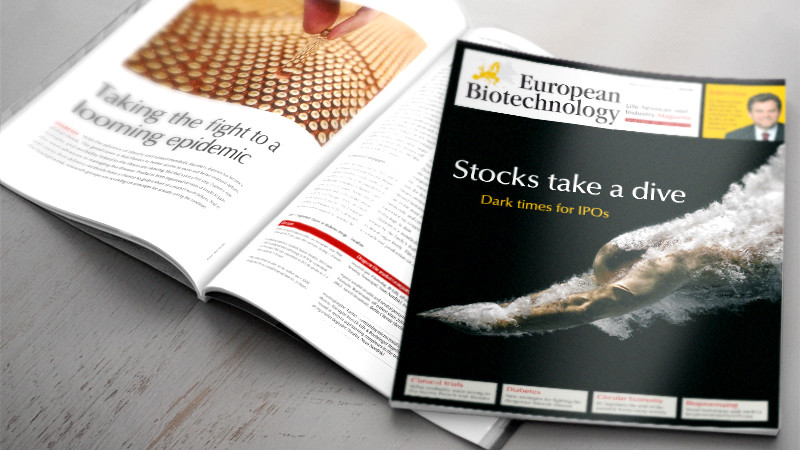 Surviving the turmoil on capital markets

Equity markets overall have been under siege for many months. Macro­economic effects like dwindling oil prices, imploding Chinese stock quotes and closer scrutiny of Russia’s economic powerbase have been braking trading on both sides of the Atlantic. And sector­-specific concerns like drug-pricing debates and looming patent expiries haven’t helped ameliorate the situation for biotech firms.

At first glance the outlook looks pretty grim. Between 1 January and mid-February, the Nasdaq Biotechnology Index (NBI) lost about 25% of its value. The first month of 2016 was also the third-worst monthly performance in the measure’s history. Comprising some 190 bio­tech stocks traded on the US-based technology stock exchange, the index lost every inch of ground it had gained in 2015. It’s starting to look as if the biotech sector’s three-year deluge of public market debuts, with dozens of companies raising billions of dollars in funding, is now rapidly grinding to a halt. And not just newcomers are seeing falls in value. “Even for the highest-quality companies, there is less demand than there was a few months ago for IPOs,” Ziad Bakri, a healthcare analyst at mutual­ fund firm T. Rowe Price, told the Wall Street Journal. “It’s very tough.”

There have been several early warning signs that the path to going public is growing increasingly rocky. The overall number of IPOs in the US has fallen, while more and more companies have pulled the plug on plans to take the step. Citing adverse market conditions, the first bio­tech companies have decided against pursuing a listing at Euronext or AIM as well in the second half of 2015. January of 2016 was the first month without a single IPO in the US in more than five years, according to market intelligence firm Ipreo.

The mood has soured

So it shouldn’t come as a surprise that sentiment among biotech investors has grown sour. Even the year’s biggest healthcare investment event in mid­-January, the JP Morgan Healthcare Conference – held this time in San Francisco – couldn’t do much to remedy the situation. On the event’s first day, biotech stocks hit an unexpected low, with the NBI closing below 3,000 points for the first time since October 2014. Several of this year’s conference attendees also commented on a very different mood than the “everything is awesome” theme that has prevailed at the last few JP Morgan conferences. 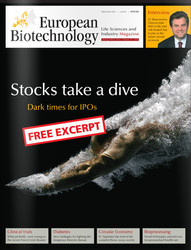 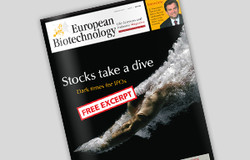 In this issue: Clinical trials: What probably went wrong in the recent French trial disaster Diabetes: New strategies for fighting the dangerous...

The acoustic dispensing technology of the Echo-Series Liquid Handlers has revolutionised the transfer of liquids.