German Bayer AG has announced  it will channel at least €1.3b by the end of 2024 in its investment arm 'Leaps by Bayer'.

"We are on the threshold of a new era of innovation in the life sciences." commented Werner Baumann, Chairman of the Board  at Bayer AG. The budget, which equals the amount of investments made by Leaps by Bayer of the past seven years, is earmarked for investments in medical and agri-biotech

Additionally, Bayer AG has invested €2.5bn  to drive activities in gene and cell therapy  through the acquisition of Blue Rock Therapeutics and Asklepios Biopharmaceutical (AskBio) as well as a partnership with US company Cellino Biotech, that invented the very first fully automated production platform for autologous cell therapies. Furthermore, there are billion-dollar collaborations with mostly US companies such as Mammoth Biosciences. 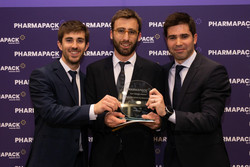 INDUSTRIA BIOTEC 2023 with a broader perspective

At this year's INDUSTRIA BIOTEC – a European industry meeting that took place at the KINDL Centre for Contemporary Art in Berlin at the beginning of...

Group B Streptococcus (GBS) colonises globally about 15-25% of women and can cause life-threatening infections in newborns during the first months of...

Under the deal, Synaffix can earn up to $150m, including upfront and milestone payments, plus royalties on net sales if the ADC resulting from the...

Espoo-based BC Platforms, an international healthcare data provider and software developer, in November has baged an investment of $20m from the...