Spanish start-ups, take heed: One of the biggest biotech funds in Southern Europe has just been closed by Ysios Capital. The Spanish venture firm raised €126.4m to be reinvested in European biotech, medtech and diagnostics companies.

Ysios Capital has closed its second fund named Ysios BioFund II, raising a total of €126.4m to finance up to 15 European early-stage and development phase companies from biotech, medtech and diagnostics. Ysios was shooting for €100m, but interest among investors was high enough to justify the increase. “We have exceeded our initial closing target. Ysios BioFund II Innvierte has become one of the biggest specialized biotechnology funds in southern Europe,” said Julia Salaverria, partner at Ysios Capital Partners.  Following in the footsteps of its predecessor fund, Ysios BioFund II is open to companies across Europe, but will primarily invest in Spanish biotechs.

The new investors of the Ysios BioFund II include institutional investors both at a national and international level: CDTI (Spanish Ministry of Economy) through its Innvierte programme; the European Investment Fund (EIF) and the European Commission through InnovFin SME Venture Capital, a financial instrument developed under the EU Framework Programme for Research and Innovation Horizon 2020. Pension funds such as Orza and Lagun Aro, Banc Sabadell (BIDSA) and private investors are also on board.

“A great majority of our investor base in our previous fund as committed to our new fund and some investors even doubling their commitment,” partner Joël Jean-Mairet told European Biotechnology. “Further our first fund has 2008 vintage year and since 2011 we have been returning capital to our investors every year without exception. This was definitely a positive signal for new investors. Also we have expanded our investor based with large new investors such as the European Investment Fund.”

Ysios BioFund II Innvierte has already invested in five companies to date: Sanifit, Minoryx Therapeutics, Aelix Therapeutics – all from Spain –, Swiss Prexton Therapeutics and US company Aura Biosciences. Ysios expects to announce new investments before the year is out. “We have a fairly broad investment scope,” added Jean-Mairet. “We invest in therapeutics, diagnostics and medtech. The reason for that is to balance risk profile and liquidity. We invest in early-stage companies as well as more mature later stage companies. The common denominator is always products aimed to address a clear unmet medical need and areas of strategic interest of large corporations.”

The team headed by Aurelian Marabelle discovered in mice that commercially available vaccines against rotavirus – which causes diarrhea in children...

The 12-months trial, which will kick-off in QI/2020, will be led by Dr. Fredrik Piehl, head of research at the MS clinic at ASC in Stockholm, which...

Tafasitamab (MOR208, Xmab5574) is an Fc-engineered antibody originally developed at Xencor, Inc. that targets CD19. The antibody is in clinical... 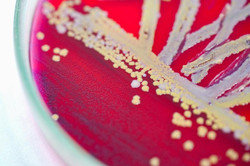 In Nature, Anatol Luther et al. from Polyphor AG and the University of Zurich describe the discovery and characterisation of a new class of...

For decades, the causes of high sepsis mortality have remained obscure. In mid-December, critical care experts from clinical practice and industry...

Hauck & Aufhäuser Fund Services S.A. will act as the Alternative Investment Fund Manager. The ECFB will provide access to equity, debt or...

The geographical proximity of Spain’s Northwestern region Galicia to Northern Portugal is a key factor for the birth of the new bioregion...