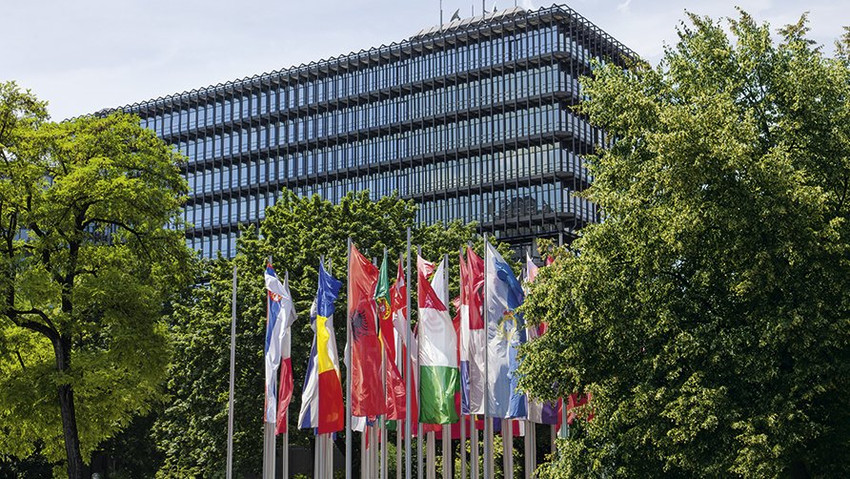 Concerns raised by life sciences stakeholders regarding the European Patent Office’s Early Certainty in Examination project can no longer be dismissed as individual opinions. In February, several industry associations warned that the EPO’s plan to limit the time required to grant a patent to 12 months would have detrimental effects on the life sciences sector. “Innovators such as biotech SMEs or tech transfer offices do not have the resources to pay the validation and translation costs due at the moment a patent is granted. They need a licencee. However, as they must file at a very early development stage, “they won’t be able to find a licencee within this time frame,” argues a position paper published by German biotech association BIO Deutschland in February. Limiting the time for examination would put biotech SMEs and tech transfer offices at an disadvantage. BIO Deutschland thus demands a sector-adapted optional exemption from accelerated approval. According to Ruth Herzog, head of tech transfer at the German Cancer Centre, which runs industry partnerships with Bayer, Roche, and other pharma giants, “Early patent issuance would be too early for inventors in 90% of cases.”

French biotech association France Biotech and German pharma association BPI point out that once a patent has been granted, it is no longer possible to broaden the scope of the claims or to file divisional applications on another aspect of the same invention. According to France Biotech’s Chairman Maryvonne Hiance, “biotechnology companies usually do so very often. Thus, our biotech companies may prefer to delay the procedure allowing them to modify or refine the scope of protection according to the evolution of the invention.” According to Nobert Ger­bsch, Vice President of the German pharma association BPI, “It can’t be in the interest of the pharmaceutical industry to prevent extensions of patents after 12 months.”

Big Pharma, however, has different concerns. For global players, quality of patents is crucial, particularly in patent litigation. The European Federation of Pharmaceutical Industry Associations (EFPIA) says that it welcomes “the overall effort underpinning the Early Certainty Initiative.” However, with regard to the long development timelines for pharmaceutical products and the early stage in product development at which patent applications are filed, speed should not come at the expense of the quality of the examination. According to Elise Melon, EFPIA Director Intellectual Property Policy, “Quality is critical, especially in our sector where a small number of patents, and sometimes only one, can require investments of over a billion euros. Sectoral differences should be taken into consideration by the EPO in the implementation of their Early Certainty Initiative.”

Benoît Battistelli, the said-to-be best paid EPO President ever, however appears to have other plans. In a blog post on the ECI web site, he explains that he wants to compensate for the higher workload for the EPO staff by hiring patent attorneys fresh out of the university. However, experts in the field, including Rainer Wessel from the consultancy MIM Deutschland point out, “Examination of  complex biotech patents requires a lot of experience. If the time for examination will be reduced, it is highly probable that quality will decrease.”

According to BIO Deutschland’s paper, examination of biotech patents needed up to 57 months under the current practice. According to tech transfer offices, typically the time from filing a patent to licencing of a therapeutic is five years. However, they reportedly have time frames ranging from 2.5 to 15 years from filing to licencing. Uwe Broch, legal head at German Big Pharma association VFA, recommmends that the EPO should establish an option that decouples applicants from accelerated patent examination.

Gavin Recchia, principal at Australia’s large IP attorney firm Davies Collison & Cave told European Biotechnology that the Early Certainty on Examination “may well have the unintended consequence of reducing the filing of life science patent applications in Europe.” According to this expert, the problem isn’t limited to Europe but a global one (see interview with patent attorney Gavin Recchia). 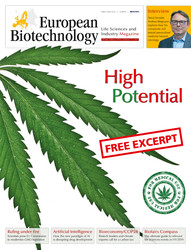 Cannabis and the great green rush

Marijuana is the most cultivated, trafficked and abused illicit drug worldwide. But the list of European countries that see clear medical benefits... 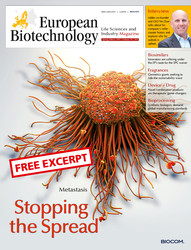 ﻿For decades, cancer researchers focused on shrinking primary tumours. But now some pioneers are trying to zero in on what’s the most common cause of... 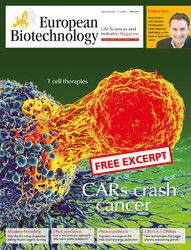 Ever since reports that blood cancer response rates to T cells carrying chimeric antigen receptors (CARs) exceeded  80%, investors have been...