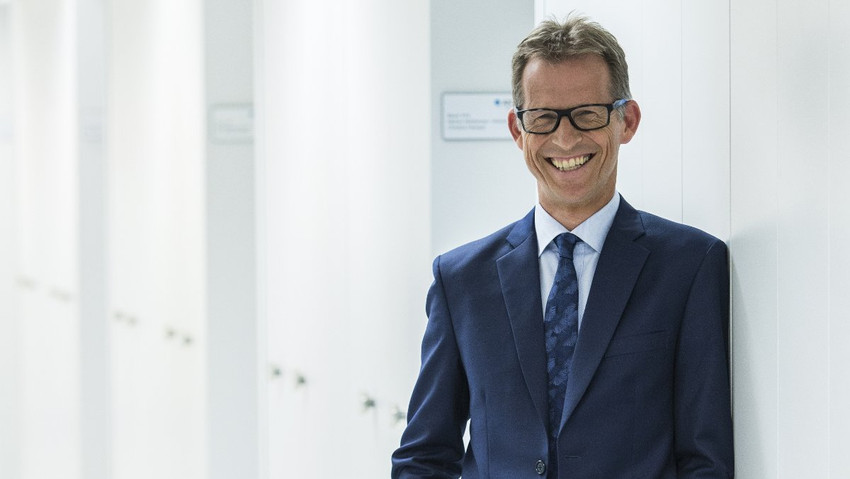 Holger Zimmermann, CEO of AiCuris, is trying to grow the antibacterial pipeline at his company, and is looking for attractive in-licensing opportunities. © AiCuris

First part of the story

“If we don’t succeed in changing reimbursement patterns and putting this topic on the political agenda in countries like Germany soon as well, all the governmental push incentive money may be worthless,” warns Holger Zimmermann, CEO of German firm AiCuris. Since it was founded in 2006, the Wuppertal-based anti-infective specialist has developed fast, turning from a Bayer spin-off into one of the larger SME players in the infectious diseases area. It develops anti­viral and antibacterial compounds like Letermovir, an antiviral therapy that’s already been approved and launched. Although it’s licensed to Big Pharma company MSD, sales of the compound have helped make the SME less dependent on external money for survival.

Now AiCuris wants to focus more on growing and developing its antibacterial portfolio through in-licensing new compounds and gaining further support via public funding. For instance, the SME  has submitted an application to CARB-X. “We have succeeded at getting a project into the second stage of the application process, but the final decision will probably only be made in December,” Zimmermann says. The company has also teamed up with German biotech firm Lysando to focus on artilysins – a new class of molecules with a novel mode of action that has the potential to replace conventional antibiotics. According to Zimmer­mann, “AiCuris today is one of the few European companies active in infectious diseases, and remains committed to the fight against resistant bacteria. With our expertise in anti-infective drug development, we are perfectly positioned to thrive in the field with truly novel approaches.”

Consolidating companies active in AMR as a more effective way to survive uncertain economic environments – that’s a strategy also being pursued by Swiss biotech company BioVersys. “In view of the low interest Big Pharma companies see in the field,” says its CEO Marc Gitzinger, “the smaller firms who are still in there have to join forces to build strong, middle-sized companies with a broader portfolio of compounds.” However, close cooperation with the few Big Pharma companies remaining in the race – such as GlaxoSmithKline or others – will of course be a cornerstone of the business strategy as well.

As part of the €6.9m-funded European TRIC-TB project, BioVersys is among the first SMEs to profit from a new AMR accelerator started under the umbrella of the Innovative Medicines Initiative (IMI) this year. It’s set to invest a total of €295m by the end of 2025. According to Robert Stavenger, the AMR Accelerator Coordinator at GSK, “a substantial portion of the Accelerator is focused on the discovery and development of new treatments against tuberculosis.” (See interview with Robert Stavenger, GlaxoSmithKline) From his perspective, “these projects allow the few remaining companies in the field to make the most of their limited resources. In addition, we expect that the Accelerator will strengthen ties between SMEs and potentially encourage other pharmas to return to the field.”

Further European investments from the Novo REPAIR Impact fund are expected by the end of the year as well. “At 37, the overall number is a bit lower than the overwhelming 54 proposals that we received during last year’s European round, but we’re excited to see proposals from 21 companies that we did not hear from last year,” comments Engels, adding that: “In our 2019 European REPAIR investment round, several finalists are companies that we turned down last year. We are very pleased that these companies addressed weaknesses highlighted by our scientific experts in their new proposals head-on with new data.”

Another important step forward that experts in the field emphasise would be to introduce strategies for updating Clinical Management Guidelines (CMGs) on a more regular and systematic basis. In early September, for the first time, clinical experts from the EU-funded COMBACTE network published a review and quality appraisal of European CMGs for viral and bacterial central nervous system (CNS) infections in the journal BMC Medicine (Vol 17, Article number: 170 (2019)). “We identified variations in the quality and recommendations of CMGs for community-acquired CNS infections in use across Europe,” concludes the team led by Louise Sigfrid from the Centre for Tropical Medicine and Global Health at Oxford University. It suggests that “a harmonised European ‘framework-CMG’ with adaptation to local epidemiology and risks may improve access to up-to-date CMGs and the early identification and management of (re-)emerging CNS infections with epidemic potential.”

In addition to all the initiatives for improving the use of antibiotics and tackling economic challenges, researchers are still trying to pin down how resistance evolves exactly. In that area, Swiss researchers studying salmonella bacteria sent out a worrisome message in September. Writing in Nature (Vol. 573, p. 276–280, 2019), they say that antibiotic resistance in intestinal salmonella can spread, even when antibiotics aren’t used to treat it. That has led them not only to call for more effective hygiene measures, but also vaccination strategies. From an economic point of view, however, that leads to an even greater  challenge – one that so far remains unaddressed by initiatives.