Dutch Pleco Therapeutics BV has raised €17.3m in a Series A financing to push its lead candidate in acute myeloid leukaemia to market approval.

The oversubscribed investment into the Nijmegen-based specialist of modulators of the cancer micro-environment include €3.6m from Oost NL and other new  private investors, additional €5m in public funding from the Netherlands Enterprise Agency RVO, and - as already announced in 2021 – €8.7m in equity and  R&D project financing from Hyloris Pharmaceuticals SA. Pleco’s funding from the RVO is the maximum granted under its Innovation Credit scheme that helps entrepreneurs with promising innovations.

Pleco Therapeutics BV said it will use the proceeds to complete its data package required for submitting the MAA  of  PTX-061 to the EMA and the FDA. PTX-061 consists of a metal chelator able to change the concentration of toxic metals such as zinc, copper and iron in the tumour micro-environment and an anti-oxidant that improve a patient's prognosis. According to the company, chelating agents bind the metals and form complex structures that are excreted, while the antioxidant facilitates the metal release from the cells and reduces the load of oxidative stress  laeding to targeted activity against drug-resistant cancer cells.

Pleco Therapeutics’ goal is to improve the long-term effectiveness of chemotherapy with the drug candidate in patients with acute myeloid leukaemia (AML). Part of the funds will be invested in preclinical studies of another compound in Small-Cell Lung Cancer (SCLC).

Pleco Therapeutics’ beleives its metal chelators provide a platform for the development of a pipeline of cancer therapies. In addition to PTX-061 for AML, the current pipeline includes additional candidates in preclinical testing for the treatment of other rare cancers such as SCLC.
To prepare marketing of PTX-061, the company has recently announced the incorporation of its subsidiary, Pleco Therapeutics USA, Inc., and the appointment of Michael Stalhamer as its President and first US-based employee. Mr Stalhamer also serves on the global leadership team as Vice President (VP) Product Development and Regulatory Affairs.

At the International Congress of the Europan Respiratory Society, Dutch researcher Wafaa Aljbawi from Maastricht University reported that using the...

In a paper published in Materials Horizons, the reseach team headed by Paco Fernandez-Trillo from the University of Coruna and Dr Tim...

ECBF joins Novo Seeds and Sofinnova Partners in EUR11.5m round in Biosyntia 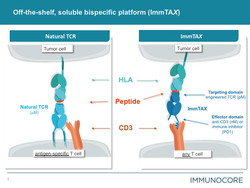 In experiments, the candidate eliminated virus propagation of all SARS coronaviruses and of MERS,which occured in Saudi Arabia in 2012. If the...