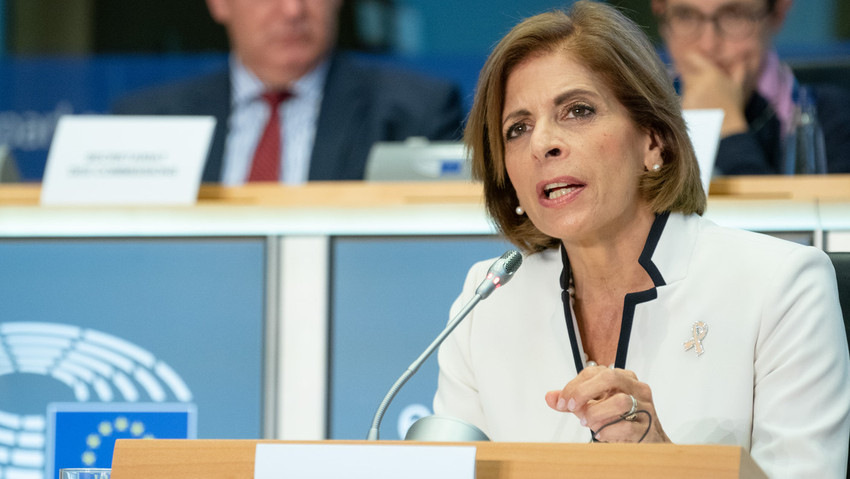 European Greens fight over a revision of EU GMO law

Martin Häusling, the Greens/EFA agricultural policy spokesman at the European Parliament, has made it clear that an impulse paper published in June by 22 party members is nothing more than a contribution to the discussion. In a paper entitled “New times, new answers: regulating genetic engineering law in keeping with the times”, party members had called for the so-called “new genetic engineering” to be scientifically evaluated and newly regulated at EU level. In the paper, important German Green politicians had advocated the controlled use of the CRISPR gene scissors and so-called new breeding methods in agriculture. Instead of blocking modern genetic breeding methods, they want to discuss about possible applications and help shape policy to use the technology responsibly and in line with green objectives where it can help to solve global problems. When he took office, Robert Habeck, party chairman of the German Greens, had also said that before the adoption of the new basic programme this year, the fundamental rejection of agricultural genetic engineering must also be discussed.

No change at all

With fast-track position papers of the Parliamentary Group and the Greens in the European Parliament on the subject, the discussion seems to be over for the time being, according to Häusling, spokesperson for agricultural policy of the Greens/EFA in the European Parliament and Harald Ebner, spokesperson for genetic engineering and bio-economic policy in the German Parliament. “The paper voted on today reaffirms the clear position of the Greens/EFA group from across Europe on the need to take the precautionary principle to heart and fully implement the 2018 ECJ ruling,” Häusling said. “Deregulation of procedures and thus the elimination of risk assessment, monitoring, labelling and traceability is out of the question for us,” he made clear. Attempts to use genetic engineering to alleviate the symptoms of disease in intensive agriculture, such as the much-cited drought resistance of plants, “are doomed to fail”, he said. Relying on genetic engineering methods would lead to an even greater concentration of the seed market on a few players and would fall into the hands of large corporations.

It remains to be seen whether the discussion initiated by the impulse paper is over before it has even taken place. In the paper, the 22 signatories question the previous rejection of principles represented by Häusling and Ebner and want a differentiated approach to genetic engineering methods. “Since the current pace of innovation is no longer sufficient to save the climate and the environment”, but also to contain pandemics such as “COVID-19”, it was necessary “to find science-based evaluation criteria for the use of new technologies,” the paper states. It was also important “to promote their sustainable use” and to limit only profit-oriented applications that damage the environment and climate.

At times, the tenor of the paper actually sounds as if it comes from science or industry lobbyists: new breeding methods like CRISPR-Cas9, when properly used and regulated, offer a great opportunity for sustainable agriculture, the authors argue adding. “In order to counteract the “monopolisation of agriculture by large companies” that would be supported by the current EU GMO legislation, plant breeding oriented towards the common good and sustainability should be “promoted in public research institutions and in SMEs”. This would include release experiments with breeds of the new genetic engineering. “There is no such thing as good or bad genetic engineering – we, as a society, should discuss and define areas of application on the basis of risks and opportunities,” the paper states.

The paper is explosive because, under the Christian Democratic Commission President Ursula von der Leyen, an expert report (see European Biotechnology, Spring 2020 edition) is being prepared that will shed light on the advantages of biotechnological mutagenesis methods and serve as the basis for a political reorganisation of the legal framework for these breeding methods. A position paper of the German Christian Democrats, which is correspondingly close to industry and science, underpins their ideas of sustainable agriculture. Accordingly, the German Minister of Agriculture, Julia Klöckner (CDU) praised the contribution of the Greens to the discussion: “I welcome the rethinking in the ranks of the Greens to open up to scientific findings in the new breeding technologies. Because conflicts of objectives are not solved by merely describing them, but by finding ways to solve them and allowing them to be solved”.

Industry and science lobbyists had recently emphasised that the Green Deal goals set for 2050 would be difficult to achieve with current breeding methods, namely:

Even the Commission, which has long been reticent on the subject of genetic engineering, drops all barriers in its farm-to-fork strategy: “Innovative techniques, including biotechnology” can play a role in “increasing sustainability”. However, the “sustainable intensification” associated with this, also called for by the Intergovernmental Panel on Climate Change (IPCC), does not seem compatible with the ecological circular economy promoted by the Greens since 1980. The direction in which the desired change in the European legal framework for new breeding methods in agriculture will take – and whether or not the Greens will contribute to it – can be eagerly awaited.

This article was published in the Summer Edition 2020 of European Biotechnology Magazine.

B Medical Systems’ Ultra-Low Freezers are renowned internationally for their reliability and safety.