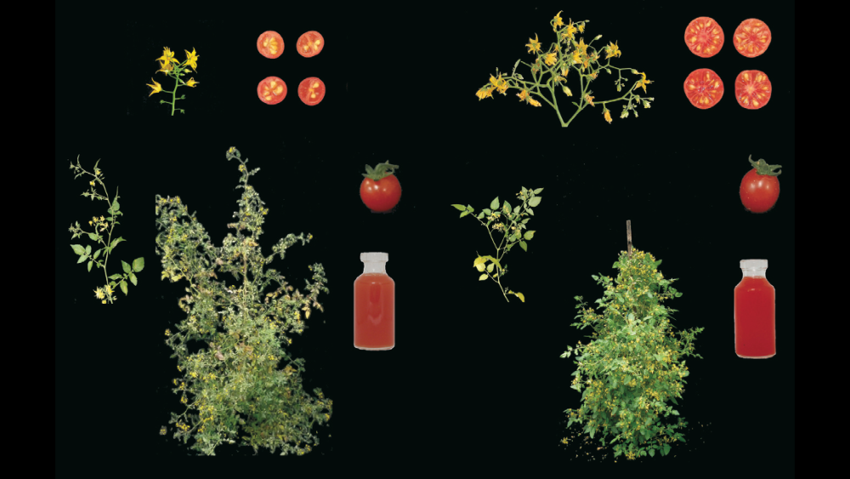 According to Staffan Eklöf (Swedish Board of Agriculture) and Sonny Purdue, the US Secretary of Agriculture, it’s simple to explain what a GMO is: “If there is foreign DNA in the plants in question, they are regulated. If not, they are not regulated.” The different thinking of the CJEU (see European Biotechnology, Autumn 2018), however, could trigger another exodus of European R&D in the field of targeted mutation/genome editing.

EU plant researchers face a significant drop in R&D funding for genome-edited crops after the CJEU has ruled that genetic methods that use the cell’s DNA repair system to induce targeted point mutations in the crop genome cannot be exempted from the bloc’s GMO Directive 2001/18/EC. Nearly 74% of 197 EU researchers surveyed by German pro-agribio-tech information platform WGG (Wissenschaftlerkreis Grüne Gentechnik) said they expect the ruling to have a negative impact on public and private funding in the field of new breeding methods. As GMO safety assessment and market approval cost 5 to 20 times more than deregulated marketing of genome-edited crops, which were greenlighted in March 2018 in the US, innovative seed developers are turning away product development from Europe. “We respect the ruling of the CJEU and won’t be making use of CRISPR-Cas in the development of our vegetable varieties,” a spokesman for Dutch vegetable seed supplier Rijk Zwaan said, “though we do use CRISPR-Cas in our research.” Also, other European companies follow the paradigm of “research can be done anywhere; development is going outside the EU.”

However, the brand-new EU survey conducted by WGG clearly shows that researchers are not willing to conduct field trials with genome-edited crops labeled as GMOs because they fear field destructions by anti-GM activists.

“We wanted to know how researchers think about the CJEU ruling. Thus, we conducted the very first surveys ever on the topic; one in Germany and one in the EU member states,” WGG Board member Klaus-Dieter Jany told European Bio­technology. “Our results indicate that research and value creation in the internationally competitive field of genome editing will be blocked in Europe by the application of the EU rules for GMO field trials and market autorisation.”
For Jany, it‘s a loss in competitiveness in a field that Europe pioneered six years ago: the bioeconomy. “Targeted mutagenesis methods can contribute to ultra-rapid breeding of crops needed, in light of climate change and a growing world population, to meet the UN sustainability development goals and to provide healthy food for all, i.e. through backcrossing of ancient natural varieties but with high yields.”
The German Bioeconomy Council supports Jany‘s notion to partially exempt genome-edited crops from EU GMO rules, particularly when it comes to mutagenesis. “Crops that have been mutated with biological methods and that are imported from countries where those are deregulated can‘t be analytically distinguished from crops that have undergone classical chemical or radiation-induced mutagenesis,“ adds Jany.
Using CRISPR-directed mutagenesis, German researchers this October succeeded for the first time in improving a wild tomato variety in just one generation. While conserving all of its natural pest resistance and good taste, which has been lost in conventionally bred tomatoes, they significantly improved the yield.

A spin-out company at Belgian VIB that used targeted mutation technology to fight two fungal pathogens that cause Panama disease and black Sigatoka in Africa lost funding after the CJEU ruling. According to Roel Sterken, who leads the business, a €1m venture capital financing “blew up” and a commercialisation partner quit the project because African farmers involved export most of their harvest to Europe where the bananas must go through the costly GMO approval process, according to the CJEU. This would add at least €20m in extra cost to the project. Stakeholders at MusaRadix BV and its partner KeyGene N.V. said they will continue developing bananas resistant to banana pests, but “feel that the ruling is a lost opportunity as targeted mutation methods can make a huge difference in the development of disease resistant banana varieties.”

As of November 2018, 88 EU research institutions supported a position paper launched by CropDesign co-founder Dirk Inzé, currently professor at VIB in Ghent. In brief, it calls upon European decision-makers to respond to the CJEU ruling by altering Directive 2001/18/1C to also exempt crops containing small gene edits and instead let them fall under the regulatory regime that applies to classically mutated crops. However, only 53% of the responders to Jany's survey support a legal change while 25% are opposed to it, as they fear another 20-year roadblock for innovative breeding technologies.
European GM opponents see the CJEU ruling as a means to strengthen consumer safety and transparency in Europe but not as a roadblock to address challenges such as climate change and agricultural productivity. “It‘s not too clever to speed up development of breakthrough innovations by a tax-paid European Council for Innovation (EIC) and at the same moment stick to a policy that blocks them to come to the European market place,” comments Jany.

EC: Move or move not?

In November, the Commission’s seven chief scientific advisors (SAM) published a statement providing “a scientific perspective on the regulatory status of products derived from gene editing, and the implications for the GMO Directive,” calling for a revision of Directive 2001/18/EC to reflect current knowledge and scientific evidence. “Gene-editing is a critical technology with an enormous potential to improve human health and preserve the environment,” commented Research Commissioner Carlos Moedas. “I therefore welcome the statement from our Chief Scientific Advisors, which provides a valuable input into our reflections on future proofing regulation so that our laws can keep up with our labs.” As Health Commissioner Vytenis Andriukaitis, however, suggested to start a broad public discussion on gene editing before taking any measures, the Commission seems not to be hasty in setting up a stable regulatory framework needed by the industry to invest into the technology.

However, pressure on the Commission as of November is growing: 28 nations led by Argentina (including Australia, Brazil, Canada, Colombia, Dominican Republic, Guatemala, Honduras, Jordan, Paraguay, the United States, Uruguay, and Vietnam, as well as the Secretariat of the Economic Community of West African States (ECOWAS), submitted a position paper to the World Trade Organisation (WTO) in which the alliance supports science-based consideration of agricultural innovations, encouraging regulatory compatibility among countries aimed at minimising potential disruptions to trade. It warns that potential trade issues may arise as a result of differences in the regulatory oversight of precision biotechnology products. According to US Secretary Sonny Purdue, “Unfortunately, such technologies too often face regulatory roadblocks that are based on misinformation and political posturing.“
Global players support that stance: “The CJEU ruling shows that the existing GMO directive no longer reflects current knowledge and scientific evidence,” said Dr. Elke Duwenig, Senior Expert Global Regulatory/Public & Government Affairs Biotechnology, Nutrition & Health at BASF SE, “ and with that jeopardises food security in Europe by creating a massive non-tariff-trade barrier by putting on importers and processors a responsibility that cannot be managed for the volumes that are needed to meet the demand of the EU.”

DASbox® Mini Bioreactor System: In the Quality by Design (QbD) and Process Analytical Technology (PAT) era, the generation and validation...