An IPO is a veritable option for funding biotech companies. This has been proven by the successful listing of a number of companies on SIX in the past two decades. 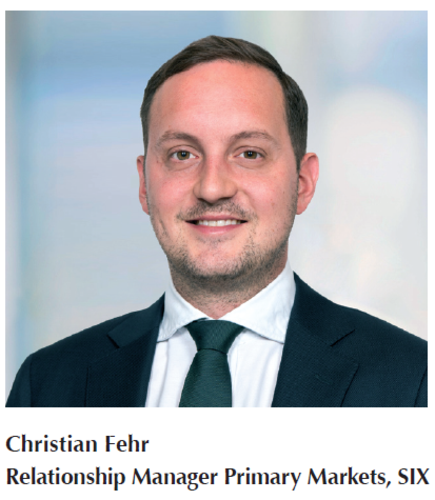 The success of Lonza going public in 1999 paved the way for the Actelion listing on SIX in the following year. Actelion pioneered biotech company listings and it became the largest European pure-play listed biotech firm over time. In 2016, the Actelion success story culminated in a US$30 billion takeover bid by Johnson & Johnson.
Today, SIX is one of the leading biotech exchanges in Europe and it hosts the highest capitalized European biotech company. Things started to take off following the Cytos (now Kuros Biosciences) IPO in 2002. In the period 2004 to 2007, SIX welcomed four new biotech companies: Basilea, Santhera, Newron and  Addex. And it was also around this time that the SXI Bio+Medtech Index was created, underpinning the strong commitment of SIX to the biotech sector.
After the listing of Evolva and Mondobiotech (now Relief Therapeutics) in 2009, there was something of a break in biotech listings and then Molecular Partners in 2015 heralded a new era. In 2017, Idorsia, the company spun off as a contribution-in-kind  to the former shareholders of Actelion, was listed and achieved a market capitalization of around CHF 1.5 billion on the first trading day.

In the current year 2018, SIX welcomed with Polyphor and ObsEva (dual primary listing) two more pure-play biotech companies. The listing of Polyphor allowed the company to raise CHF 155 million and was one of the largest European biotech IPOs in recent years, in terms of proceeds raised by an issuer to finance the development of its pipeline.  Obseva, already listed in the US, chose to list on SIX for various reasons including to raise its profile among Swiss and European investors and provide another robust market for any future potential financing activities. This impressively underlines the continuing attractiveness of the Swiss exchange for life sciences and in particular biotech companies – regardless of size.
In summary, 14 biotech companies listed on SIX in the past two decades and they aggregated a market capitalisation of around CHF 30 billion as per mid-August 2018. There have been other impressive examples of listed companies in the space, which are not counted in this number. For instance Cosmo, which over time developed from its biotech origins into more of a pharmaceutical company.

The prominent global pharmaceutical players Novartis and Roche feature in the issuer base of SIX and they lay the foundation for a well-diversified peer group whose strong appeal reaches far beyond Switzerland’s borders. It therefore comes as no surprise that SIX ranks as Europe's most important life science exchange and leading biotech listing location. Switzerland’s capital-rich investor base, powerful banking system and its industry expertise make up the country's dynamic life sciences ecosystem. This allows companies to efficiently raise capital with a view to driving scientific discovery through to market launch. The Lonza experience (see quote) is proof of this.  Between January 2017 and August 2018, SIX-listed biotech companies raised about CHF 3.5 billion equity capital.

Achieving trading liquidity and adequate analyst coverage has become more challenging given the increase in regulations. As a result, listed biotech companies need to recognise that these are important issues and address them accordingly. Alongside other initiatives, the SIX Stage Program provides the means for doing so.

One of the most important reasons for listing on an exchange is the facilitated access it gives to the capital market and therefore to growth capital. However, to use capital markets effectively, a company needs to have a minimum volume of trading liquidity. Shares of small and medium-sized companies are often less liquid for a variety of reasons.
SIX offers several services and initiatives such as the Stage Program to support companies in the process of building their presence in the market and achieving an appropriate valuation. Companies benefit from a regularly updated factsheet and research reports prepared by experienced partners and can thus reach a larger number of capital market participants.

Through SIX, companies also gain access to statistics and services that facilitate the “Being Public”. To guarantee the independence of the reports and strengthen the trust of investors in the research, no contractual relationship exists between the listed company and the research provider. SIX acts as a link between the two. In addition, a research committee has been set up to ensure the interests of the different parties are taken into account. It is an advisory body to SIX.